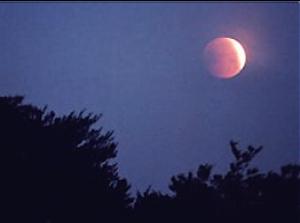 From the point of view of experience, I know that I am my perception; I am that on which I focus my attention here and now. That of which I am conscious, in a way, I am – whether it’s my body, my thoughts, the beauty of nature or the people I love. This becomes more evident in moments of mediation or absorption.

When one is at the greatest state of attentiveness, the subjective limits between oneself and the thing one is focused on dissolve. At these ecstatic moments there is no difference between what is being done and what is being experienced and perceived.

The arrow reaches its target because the archer, the arrow and the target become one: only the interconnection is real. At each moment, I choose my borders. Feeling this interdependence, this connection – at these moments, I cease to be separate, I am one.

The top of the mountain

“Finally, on top of the mountain, I stopped fighting; I surrendered. Then I heard music – I don’t know whether it was real, actually playing, or if it was coming from the spheres, from the centre of the earth. I felt the rhythm as never before: each note seemed to reveal an aspect of my mind, something churning in a vortex of blue, red, green and yellow lights, which were climbing the mountain.

The multicoloured spiral of lights, the cosmic mandala, went through me, breathing or scattering my consciousness to north, south, east and west. I passed by a rainbow rose, a lily, a golden boy until I finally glimpsed the wings of the bird reflecting the light of dawn.

Time ceased; space expanded to contain all the beings which surged, evolved and dissolved in the infinite present. Everything dissolved into an empty silence. I understood that my essence was the same as the eternal essence of all beings, that the entire universe was reflected in each mind, that separation was merely an illusion, a veil, put up in this moment.

With this inspiration, the images came back again: I saw a cosmic dragon, a serpent being heaved or perhaps carried by the condor, flying through the clouds, creating stars and worlds full of beings, flowers and jewels.
Consciousness seemed infinitely plastic. At the moment of death, the clouds and limits dissolved again – along with anxiety. I knew that I had nothing to fear. I realised I had the ability to choose my experience.

I felt a profound love for the rays of the sun, for the clouds, for the beings of the air, for the water, for the plants, for the earth and for all people. I felt complete and worthy of acceptance, just as I was. I flew above the mountain ranges; I understood the secrets and the mysteries of the galaxies and the atoms, and finally I dived into the emptiness to sunbathe on the plain of Nature just like a lizard.

Today I have a profound appreciation of everyday life. I feel that I have become more tolerant of ambiguity. The interdependence of opposing things is clear to me. Paradoxes tend to resolve themselves in equilibrium”.