The Principle of “Causal Indifference” 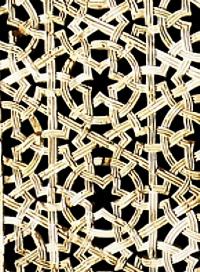 In reply to those who mix up their own cultural tendencies and religious dogmas with things which are universal, absolute and eternally valid, I give here a translation of some pages written by W.T Stace, in “Mysticism and Philosophy” – Philadelphia, J.B Lipincott (1960), on the subject of the value of psychedelic substances in general – in this case, Mescal – as instruments of spiritual opening.

The “Principle of Causal Indifference” is the following. If “X” supposedly has a mystical experience called “P1″, and “Y” supposedly has a mystical experience called “P2″, and if these two experiences are entirely similar in a phenomenological way – as far as one can tell from the descriptions given by “X” and “Y” – then the two experiences cannot be considered to be of different types. For example, we can’t say that one of them is a “genuine” mystical experience and the other is not, simply because they have taken place under different causal conditions. The principle seems logical and obvious, but perhaps seems to have little practical relevance at the moment. However, it may become more important in the future.

I discuss this principle here because sometimes it is affirmed that one can have a mystical experience using chemical products like mescal or lysergic acid etc. On the other hand, those who achieve mystical experiences through long and arduous spiritual exercises, like fasts and prayers, or through great moral efforts over a period of years, tend to deny that a chemical substance is capable of inducing a “genuine mystical experience”, or at least they look with mistrust at such practices and claims.

Our principle says that if the phenomenological descriptions of the two experiences are indistinguishable, as far as one can tell, then if one of them is a genuine mystical experience, one cannot deny that the other one is too. This is true despite the relatively modest preparation behind one of them, and the understandable annoyance of an ascetic, a saint or a spiritual hero who is told that a worldly and negligent neighbour who has apparently done nothing to deserve such a prize, has reached a mystic state of consciousness by swallowing a pill. (pages 29-30)

Another application of our principle worth mentioning relates to the second of the three famous mystic periods in the life of Jakob Boheme. This second “illumination” is described as having been induced by the contemplation of a polished disc. Now, looking at a simple polished surface seems, on the face of it, a rather modest and unspiritual way of having a mystical experience. However, I imagine that no-one would deny the fact that Jakob Boheme was a genuine mystic. (Pages 30-31)

Those who think it’s impossible that an experience with mescal could be genuinely mystical, even though it’s indistinguishable from a phenomenological point of view, may care to ponder the fact that the contemplation of a “current of water” led Saint Ignatius Loyola to achieve a manifest state of mystical consciousness in which “he grew to understand spiritual things.. (page 70). W.T. Stace in “Mysticism and Philosophy”.