PHARMACOLOGY OF AYAHUASCA
The Safeness of the Tea: 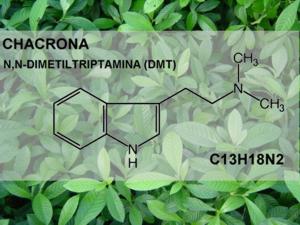 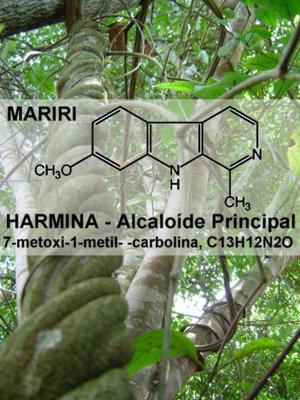 The study was organised by the Centre for Scientific and Medical Studies of the UDV, which brought together professional experts from relevant areas. The results showed that Ayahuasca tea is not harmful to health.

The study took place in Manaus, and involved the nine universities and research institutes in Brazil, the United States and Finland (listed above), financed by a North American foundation, the Botanical Dimension. The study was conceived in 1991 and was carried out in 1993. It consisted of doing laboratory tests on users of Ayahuasca and asking them questions, using the usual scientific procedures. The users were people from different age groups, both from the countryside and the towns, and they all attended ceremonies frequently. The tests were also carried out on a group of non-users, which served as the control for the experiment.

The psychiatric evaluation carried out by the Department of Psychiatry of the Federal University of Sao Paulo, which is a reference point for the World Health Organisation, did not find any case of dependency, abuse or loss of social function through the use of Ayahuasca, things which one does find in users of drugs which are prohibited by law.

The comparative results are surprising. The first is the confirmation that the tea is innocuous from the toxicological point of view. There was found to be “no significant difference in the neuro-sensory, circulatory, renal, respiratory, digestive and endocrinal systems of the Ayahuasca users and the control group”.

As far as the psychiatric tests were concerned, they were the ones recommended by scientific orthodoxy, the CIDI (Composite International Diagnostic Interview), with the criteria of CID 10 and DSM IIIR, and the TPQ (Tri-Dimensional Personality Questionnaire) and neuropsychological testing (WHO-UCLA Auditory Verbal Learning Test). Experimental subjects, but not control subjects, were asked to fill out an additional questionnaire (Hallucinogen Rating Scale [HRS]) following a hoasca session: Each of the experimental subjects was also interviewed in a semistructured format designed to ascertain their life stories. It was found that the Ayahuasca users (compared with the control group), showed themselves to be more “reflective, resistant, loyal, stoic, calm, orderly and persistent”. They were also more: “confident, optimistic, unworried, uninhibited, willing and energetic”. They also exhibited “joy, determination and a high degree of confidence in themselves”. Those who were examined also performed significantly better than the control group in their attempts to remember words for a fifth time. They were also better in “number of words remembered, delayed recollection and recollection of words after interference.”

Although the study was not able to separate the benefits of the religious context from the benefits of the tea itself, this study confirms the general impression – backed by its use over hundreds of years – that Ayahuasca tea is not harmful to health. In fact, there is no known case of any damage or illness coming about as a result of its use “in natura”, without adulteration or mixture.